Lighting Controls Might Take Off After LEDs Flood the Market 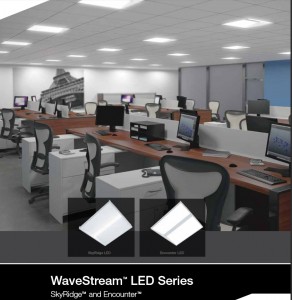 As LEDs gain steam in both the commercial and residential markets, lighting manufacturers face a challenge while consumers enjoy the benefits of energy efficient lights. With modern LEDs lasting as long as 50,000 hours depending on usage, the slow replacement cycle has serious potential to sink revenues for lighting manufacturers, according to CE Pro.

As the market becomes saturated with LEDs and fewer new bulbs are purchased to replace these long-lasting bulbs, lighting manufacturers will be faced with making one of three decisions, CE Pro explained:

Since the first two options are not in the best interest of the manufacturer or the consumer, the lighting manufacturing industry is expected to make significant advancements in controls to keep consumers coming back for more.

In fact, one report from Navigant Research projects that over the next seven years, annual sales for occupancy sensors, photosensors and lighting network gear associated with LED lighting will grow from $1.1 billion in 2013 to $2.7 billion by 2020, according to Forbes.

Why Are Lighting Controls Expected to Boom?

Since LED lights involve semiconductors, they have great potential to be controlled in a variety of ways that commercial or residential customers might find beneficial. For example, the ability to dim the lights when it’s bright outside or turn off the lights when no one is present are money-saving options. Sophisticated sensors can be integrated to make the system smoothly gather data on a room’s temperature, occupancy and other factors and self-adjust accordingly, Forbes explained.

Other applications for sensors and controls associated with LED lights are as limitless as the minds that think up the ideas.  For example, the Forbes article noted that it was possible for sensors integrated with LED lighting on city streets to collect data on what parking spots are open on certain days and send it to a mobile app in real time. By the same token, a system with cameras could collect data on parked vehicles that could result in parking tickets being issued more efficiently.

In conclusion, as LED lights become more prevalent in the U.S. and their cost goes down, lighting manufacturers are expected to develop new “smart LEDs” and innovative controls that will keep lighting manufacturers profitable and present residential and commercial consumers with more options than ever before for getting more out of their lighting systems.

Kirby Electric is a premier electrical contractor in Seattle specializing in commercial and industrial electrical contracting. We can help with any electrical needs when it comes to upgrading older buildings, including equipment hook ups, rewiring or relocating panels, and lighting upgrades. We also work with electrical companies like Puget Sound Energy, Tacoma Public Utilities, Lakeview Power and others that will provide a rebate for upgrading to a more efficient lighting upon approval of the project. Contact us today to learn more about our services or to get a quote.