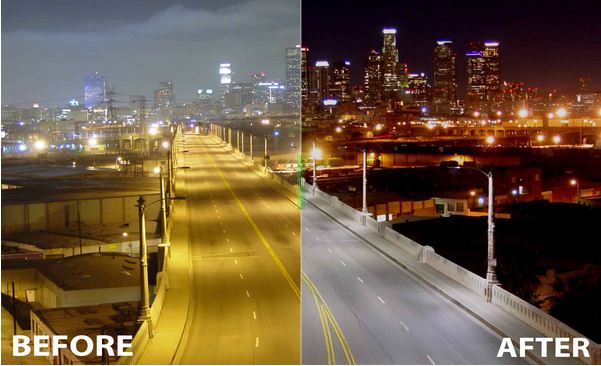 Major U.S. cities like New York, Los Angeles, Boston and Seattle are slowly replacing their existing city street lights with more energy-efficient LED lights, a move that is already changing the way these cities look at night, according to a recent article in Forbes. Now, instead of the heavy orange glow people were accustomed to seeing at night when flying in to a city like L.A., a cool silver glow illuminates the city below, leading to blacker skies and brighter streets.

Can LEDs Cut Back on Light Pollution? 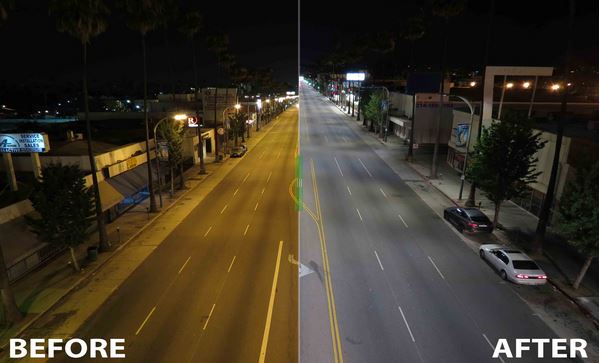 Aside from enjoying the long-term energy savings of LEDs, many large cities are also hoping to reduce light pollution, a growing concern as our industrial civilization introduces more and more artificial light sources into our once-starry skies, the article indicated. While LEDs by themselves may not reduce light pollution, proponents believe that the true benefit of LEDs is calibrating them to use less light over all. For example, LEDs can also be connected to motion sensors, which can conceivably be used to scale back on lighting when there is no activity on the ground below.

It’s not surprising that major cities are willing to take on the heavy upfront costs of LED lights once the benefits are considered, which include the following:

While it’s encouraging to see municipalities investing in a cleaner environment for future generations, Kirby Electric has also noticed the move toward energy efficiency on a smaller scale — with our commercial and industrial customers. We are proud to help provide lighting retrofits for our customers that reduce energy costs while boosting the quality of the light in their facilities. We excel at designing state-of-the-art lighting packages that are low-maintenance and are “greener” overall.

Kirby Electric is a premier electrical contractor in Seattle specializing in commercial and industrial electrical contracting. As your local industrial electrician, we can help with any electrical needs when it comes to upgrading older buildings, including equipment hook ups, rewiring or relocating panels, and lighting upgrades. We also work with electrical companies like Puget Sound Energy, Tacoma Public Utilities, Lakeview Power and others that will provide a rebate for upgrading to a more efficient lighting upon approval of the project. Contact us today to learn more about our services or to get a quote.