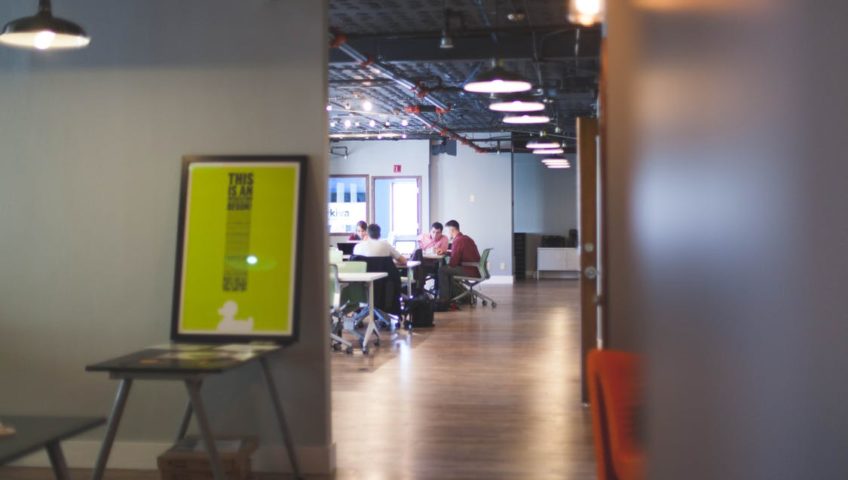 4 Common Electrical Hazards in the Workplace

Electrical safety is imperative to a safe work environment. Reports show that about 1,000 electrical related accidents occur a year in the workplace, which leads to about 30 recorded fatalities. Legally, employers must provide a safe work environment for their employees. Here at Kirby Electric, we promote electrical safety in commercial buildings. Therefore, we have comprised a list of the four most common electrical hazards that can occur in the workplace and how to prevent them.

Any wires or cables that are not functioning properly should be removed immediately as they pose a serious electrical hazard. Electrical cables that are frayed, loose, or have exposed wires need to be attended to and replaced. Damaged wires and cables can cause electric shocks and fires.

This is why it is imperative to practice equipment safety protocols when using electrical instruments. Having routine safety seminars and other educational sessions can help inform both employees and employers on safe electrical handling. Checking equipment properly before use is also a way to ensure that equipment is safe.

Outlets can only handle so much strain before it becomes a serious shock and fire hazard. Overusing the outlet can lead to overheating or a power shortage. This is a severe misuse of the outlet and should be handled immediately. If the outlet is posing as a threat, do not try and handle it yourself. We can help with any electrical concerns that you may have.

When electricity or electrical outlets are exposed to water, there is a greatly increased risk of shock. Make sure at all times that electric equipment is kept away from any source of water. This includes making sure that all hands are dry when dealing with electrical equipment to prevent life-threatening shocks or burns.

Preventative measures should be taken in order to provide a safe work environment for everyone. At Kirby Electric, we have a variety of services that can assist all of your electrical needs. Our inspection services can help you should any electrical concerns arise. Our preventative maintenance services is a proactive step in keeping your building safe. Plus, our emergency service repair hotline is available 24 hours a day, 7 days a week. It is our job to immediately help solve your problem, so you can get back to doing yours.

Kirby Electric, Inc. offers premier electrical services for both commercial and industrial contracting. Our dedicated team can help manage your facilities and present energy management solutions. Contact us today and request a quote by phone at (253) 859-2000 or online here to learn more about our services.

The last major power outage in the Pacific Northwest was 5 years ago in November 2010. A week-long deep freeze resulted in a power outage for most home owners and businesses across the state. While our winters here in the Greater Seattle area never get nearly as bad as temperature drops in other locations, it is still important to prepare for electricity shortages caused by bad weather. Here are a few power outage preparation tips to get your business or home ready for the upcoming winter weather season.

1. Prepare and Stock an Emergency Kit

This will included the essentials, and any additional needs specific to your family or employees.

Many gas stations will not be able to supply gas during a power outage unless they carry back-up generators, so it is important to keep a full tank of gas—especially when you hear that a storm is in the forecast, along with a gasoline container stored in a safe place. Even if nearby gas stations still have power during an outage, many will inevitably be out of gas if the outage is due to freezing temperatures, since trucks delivering the gas cannot make it through the ice to supply stations. Share this tip with your teams at your business to help with individual employees’ safety.

Businesses that are pet friendly or homes that have four-legged family members sometimes forget to stock up on additional pet food, supplies, and any medications the animals are taking. And for the pets that need electricity for heat lamps or water pumps, make sure you have a battery operated back-up option to keep them safe and happy. Scaly, furry, and feathered family members will be glad you did in the event of an emergency.

While not many weather-related power outages can be prevented, they can be prepared for. Becoming knowledgeable about electricity will help alíviate some of the stress from unexpected changes in our daily routines. Keeping your business or home as close to highly functioning through an electrical outage can be a more manageable feat when you’re prepared.

Even without power outages, are your electrical systems up to par? Contact Kirby Electric for more information on upgrading your lighting, electrical panels, and other important systems to make your office or warehouse safer and more efficient throughout the year.

Kirby Electric, Inc. is a premier electrical contractor specializing in commercial and industrial electrical construction. Our dedicated and knowledgeable team of electricians, low voltage technicians and office staff are led by senior leadership whose core philosophy is consistently delivering exceptional service. Kirby Electric offers a wide array of services to meet the needs of our customers and ensure a smooth operation of their facilities. Learn more about our services by calling 253-859-2000. 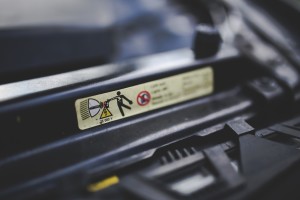 Even something as simple as changing a light bulb could result in a serious injury, potentially even death. That may seem like an overstatement, but it’s the truth. According to EFSI, every year in the United States, electrical incidents result in nearly 300 deaths and more than 3,500 injuries in the workplace, with 70% of the victims working in a non-electrical field. Electrical hazards may not be the leading cause of workplace injuries, but they are all-too-often fatal. Accidentally coming into contact with any electrically energized outlet is a real danger.

Because society is becoming increasingly more dependent on electricity, electrical safety is an issue no matter if you work in an office or a factory. To prevent possible injury, every workplace should spread the word about how to work safely with or near electricity.

When it comes to electricity, the small details matter. Keep yourself and others safe by following these tips:

This one may be the most crucial. If an electrical product still operates despite damage, it’s easy to think it’s okay and ignore it. To do so is very dangerous. Neglecting to fix the damage, no matter how minor, could result in an injury.

If someone suffers from an electrical accident, don’t touch them until disconnecting the power source.

When someone is in danger, our first instinct is to rush to them. Electrical accidents are different in that way. Since our bodies are conductors, it’s crucial to unplug the power source first before helping so that more people do not get injured as a result.

Do not plug several items into one outlet.

One outlet shouldn’t be the go-to energy source for the entire workplace. There are generally only two plugins per outlet for a reason—it’s safer. Adding a power bar with an octopus connection and a few adapters on top of that is an accident waiting to happen.

Pull the plug, not the cord.

If there’s a part of the workplace that needs a constant source of electricity but has no outlet, the best option is to have a professional install an outlet there rather than using an extension cord as a permanent solution.

Perhaps the most important tip: get your electrical work done from a reputable, experienced company. When it comes to something as dangerous and wild as electricity, businesses shouldn’t settle for less than the very best.

Kirby Electric, Inc. is a premier electrical contractor specializing in commercial and industrial electrical construction. Our dedicated and knowledgeable team of electricians, low voltage technicians and office staff are led by senior leadership whose core philosophy is consistently delivering exceptional service. Kirby Electric offers a wide array of services to meet the needs of our customers and ensure a smooth operation of their facilities.

(Image courtesy of Kaboompics via pixabay)