When most people think of LED lighting they think of their uses in traffic signals, consumer electronics and appliances, signage lighting or even of LED lighting showing up in the automotive and aviation industries.

However, LED lights are quickly positioning themselves to be the future of commercial lighting because they are more efficient than other lighting options and could lead to significant savings on lighting costs. They’re also appearing with more modern styling than ever before.

Take for instance the new WaveStream LED Series from Cooper Lighting. This series includes the SkyRidge and Encounter Series through which Cooper aims to make high-performance LEDs the industry standard for lighting commercial interiors.

These lights provide a cost-effective solution for commercial enterprises to boost energy savings while delivering better optical performance and brightness control, according to a recent Cooper announcement. Cooper Lighting hopes the new technology can be applied to a wide variety of residential, industrial and office lighting projects.

“LED technology has come a long way over the past few years, but most manufacturers are still struggling to develop and offer cost-effective solutions that not only look great but also perform well,” said Mark Eubanks, president of Cooper Lighting, in the announcement. “Our new WaveStream line addresses that challenge, providing users with an unparalleled balance of form and function all at affordable price points. The Metalux Encounter series is the first of many WaveStream products rolling out this year that make LED lighting possible for a wider range of applications.”

What’s the Big Deal about LEDs?

The question arises: if we already have options like incandescent and florescent lighting, why would we need LEDs? The advantages of LEDs over other light sources include less energy consumption, a longer lifetime and cooler temperatures than other types of lighting. Cooper’s WaveStream products also have “less glare, dimming capabilities and the potential for great lighting quality,” according to a recent blog written by an industry expert.

LED stands for light-emitting diode. While incandescent lights and fluorescents emit light using filaments in glass bulbs or through gases inside a bulb, LEDs generate light through semiconductors.

Kirby Electric, a premier Seattle electrical contractor specializing in commercial and industrial electrical contracting, strives to stay informed on the most cutting-edge advances in the industry, such as the use of LEDs in commercial or industrial lighting projects. We can also help with any electrical needs when it comes to upgrading older buildings, including equipment hook ups, rewiring or relocating panels, and lighting retrofits. We work with electrical companies like Puget Sound Energy, Tacoma Public Utilities, Lakeview Power and others that will provide a rebate for upgrading to a more efficient lighting upon approval of the project. Contact us today to learn more about our services or to request a quote. 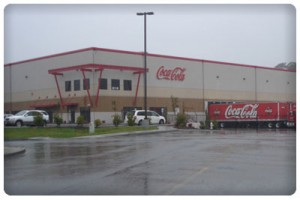 The electrical profession is no walk in the park. Check out these 5 facts about electricians from a recent article:

There is no room for error when it comes to electrical projects since the slightest mistake could have devastating or even life threatening consequences. This is why master electricians put just as much time and effort into their training and education as any other highly skilled professional.

Like doctors, electricians tend to specialize in a specific area where they have the most knowledge.

3. Electricians Must Be in Good Shape

Electrical equipment can be extremely heavy or difficult to access. Sometimes electricians must work in cramped quarters, in areas that must be accessed by ladders or in other hard-to-reach areas.

Electrical projects involve more than just simple wire rearrangement. To be successful, an electrician must have a solid mathematical background that enables them to read and analyze blue prints and other technical schematic material. Electricians must also constantly be aware of local and federal safety codes. Furthermore, as some electrical projects can be dangerous, electricians must have good organizational skills and the ability to recall crucial information under stressful circumstances.

Most people do not associate electricians with environmental conservation. However, master electricians are highly-trained, environmentally conscious professionals who are constantly searching for new ways to conserve energy using new technology and offering eco-friendly services like lighting retrofits.